In 2016, the Bruxelles-Propreté agency launched an architectural competition to design a new Recypark on a piece of land along the canal in Anderlecht. 51N4E, Witteveen&Bos and Rotor joined forces and won the competition. This project was made possible thanks to an ERDF subvention from the Brussels-Capital Region.

The project introduced was based on Bruxelles-Propreté’s desire to promote re-use channels to integrate this dimension into the very heart of architecture. The ambitious proposal called for the  reuse of an existing structure to serve as the hall protecting the users of the future container park.

After a research phase aimed at identifying the appropriate structures available and the procedures for integrating them into the project, we finally identified a former equestrian centre located in Liège destined for demolition in the near future. The structure consists of a succession of 26-metre-wide glued laminated timber arches, covering a vast continuous space. The shape of the arches gives this structure a particular identity, from which the project designed by the architects takes full advantage.

The hall was bought back from its owner and then carefully dismantled during the demolition work. It is currently stored in parts in a warehouse, waiting to be adapted and reassembled in its new site.

A project in collaboration with 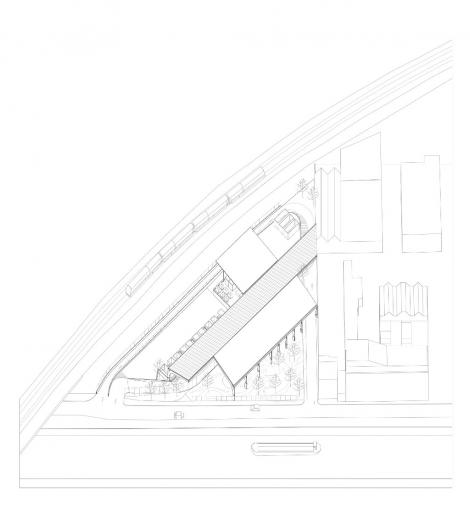 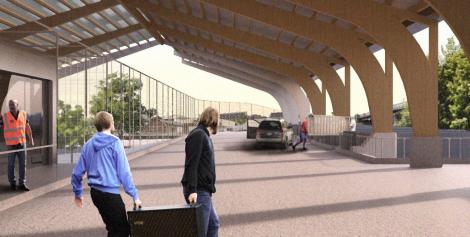 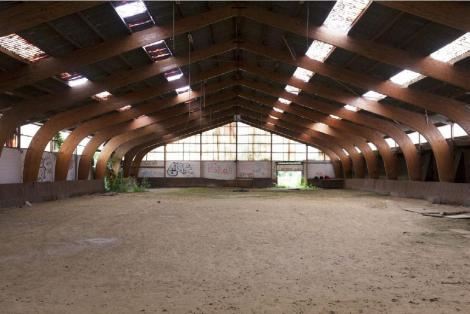 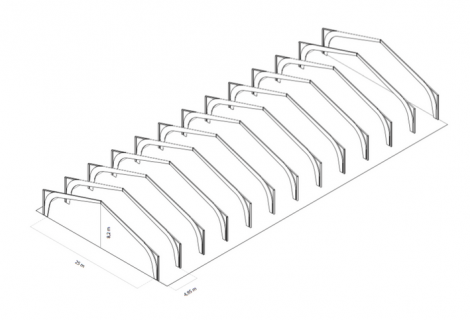