After having moved from Anderlecht to Evere, one of the first interventions that was needed on Rotor and Rotor DC's new site was a pavilion to store Rotor DC's ever growing collection of reclaimed doors.

Rotor's design (combining palet racks with a reclaimed greenhouse structure) was executed entirely by an enormous volunteer effort. Four groups each spend a full week in Evere, spanning in total the entire month of august. The result of these intense weeks under heavy sunshine can be seen on the pictures.

Special thanks to: Tim Rottiers and Maria Glionna 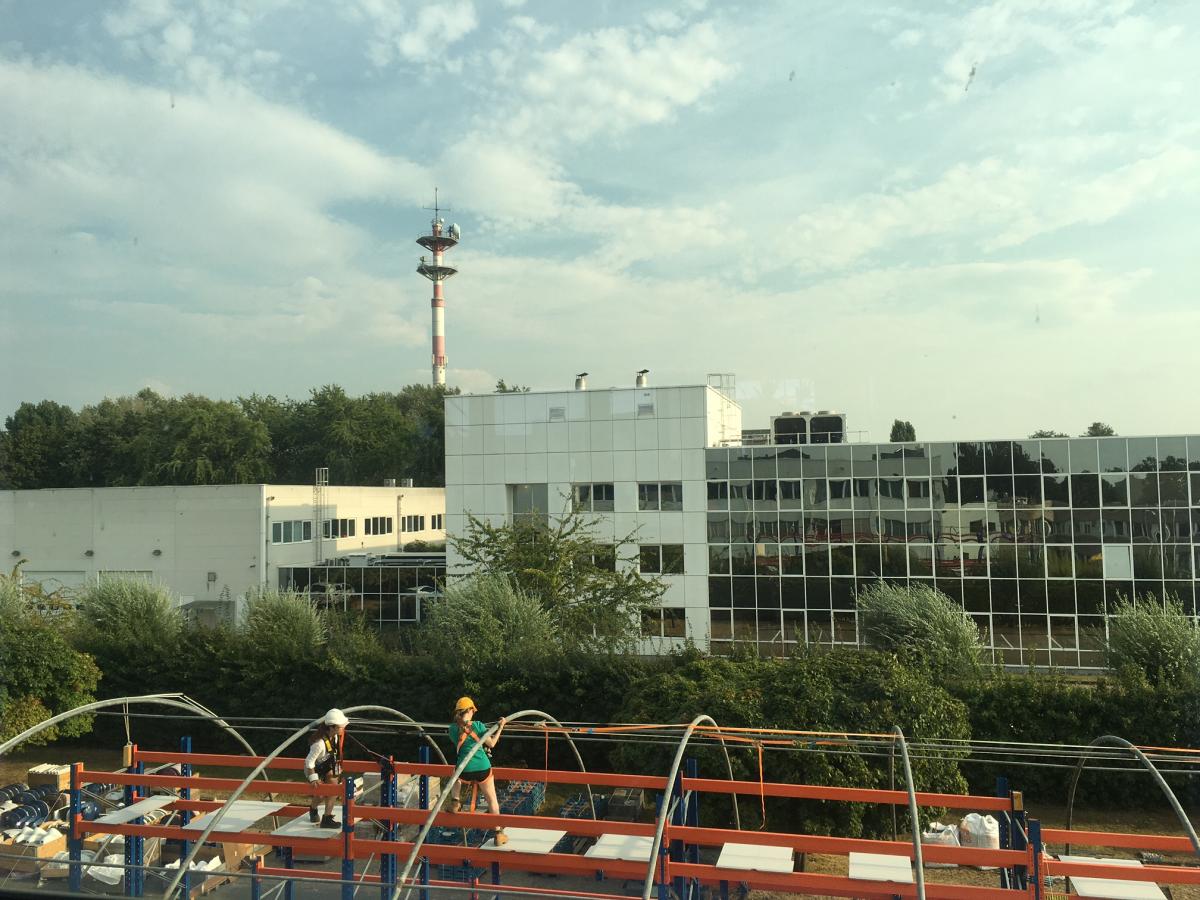 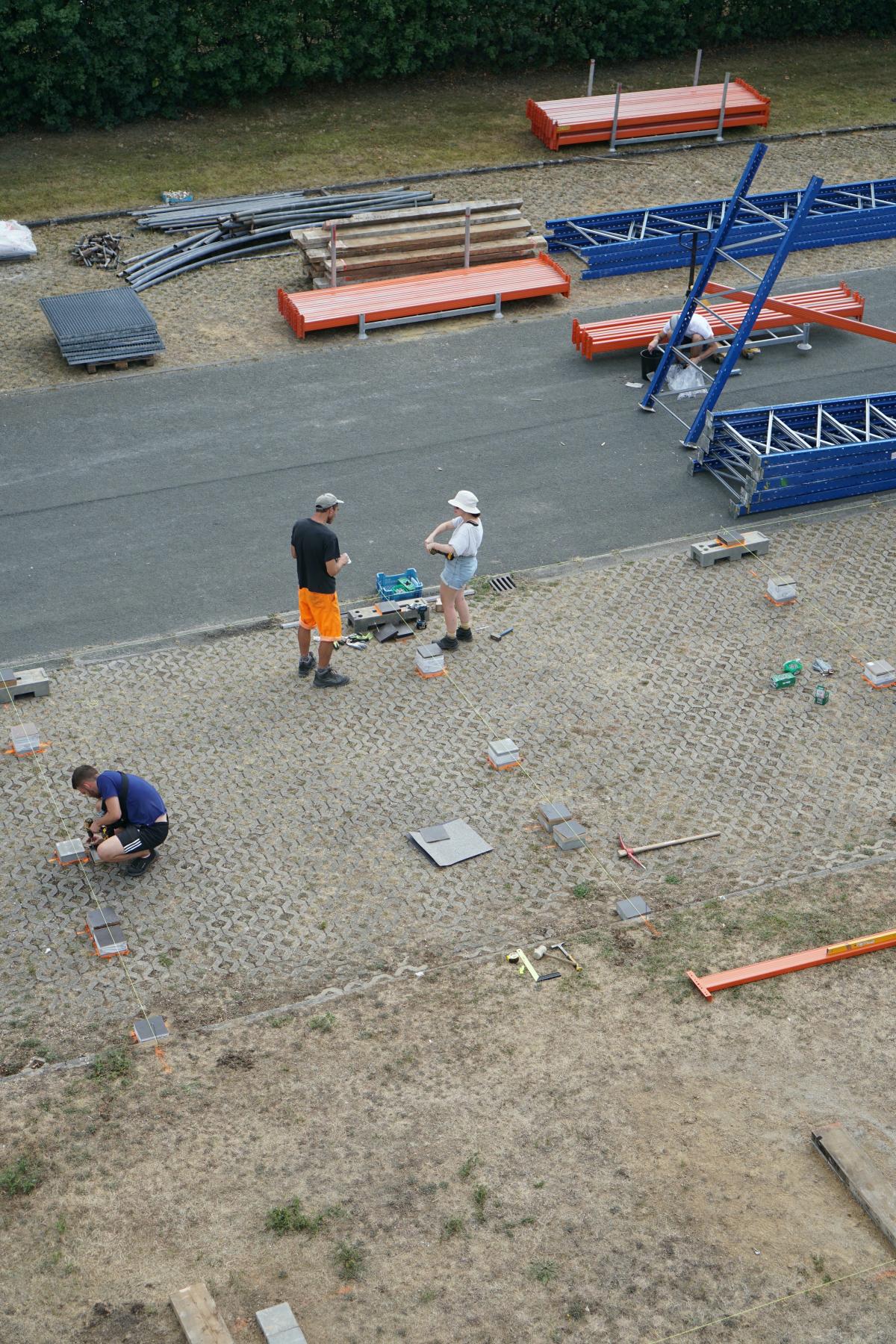 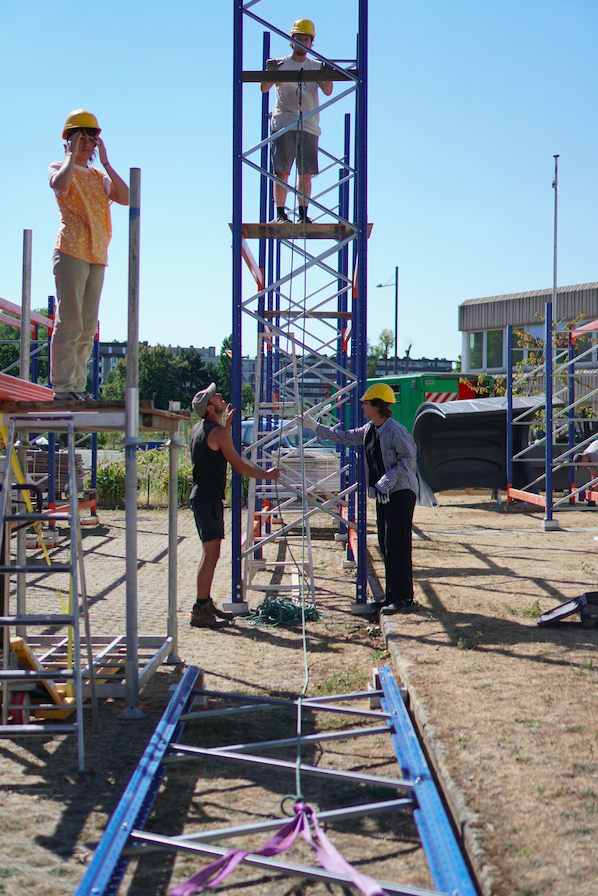 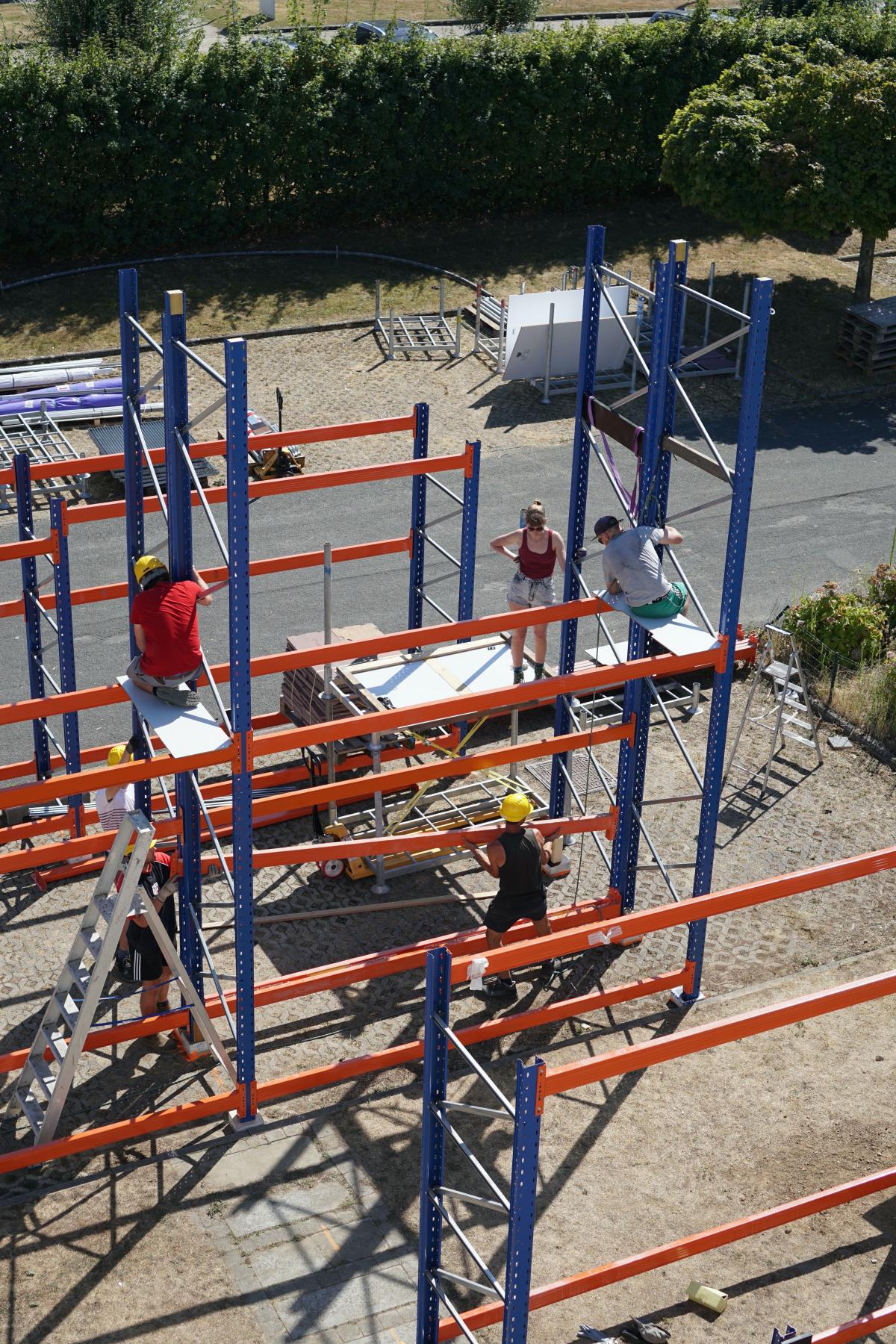 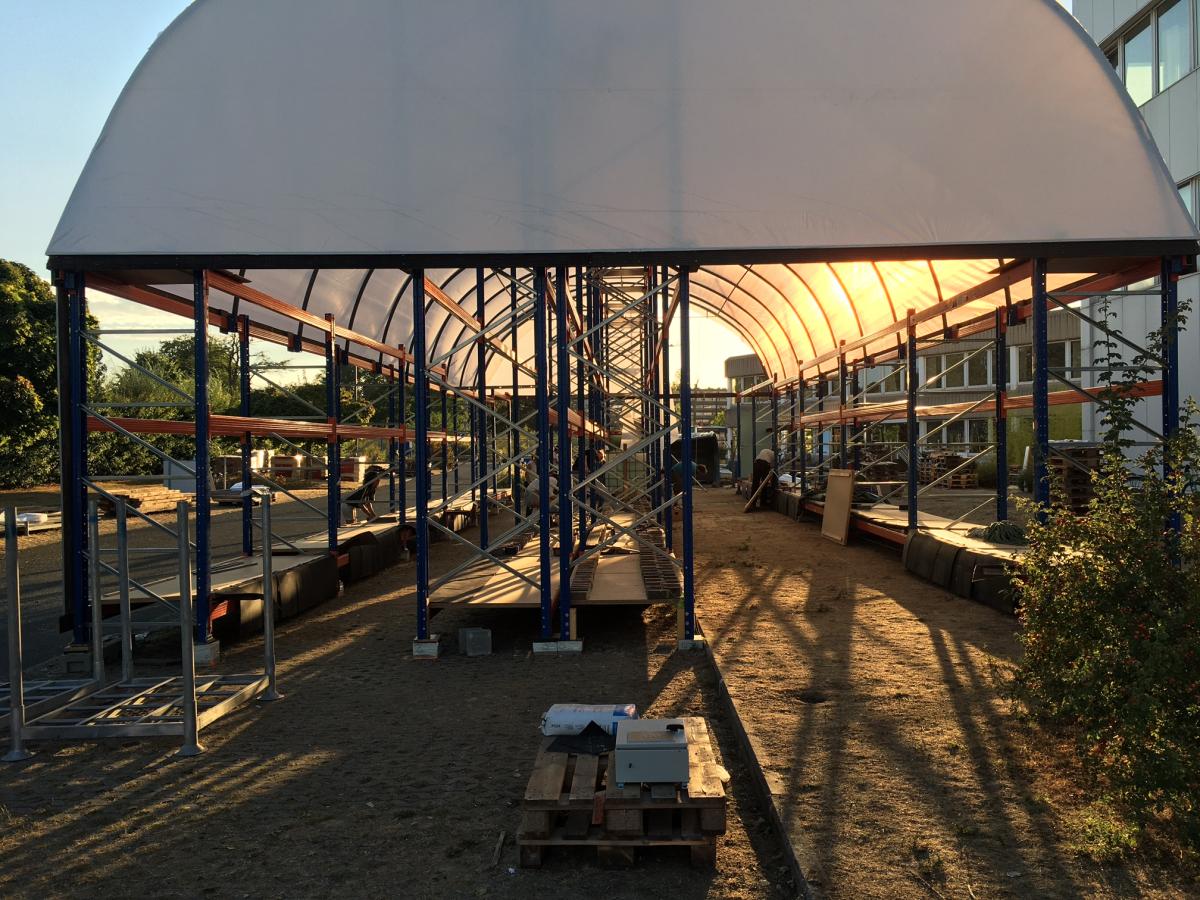