In this project Rotor acted as matchmakers between a building and its occupants. The building was a freshly renovated 1940’s former slaughterhouse, in Bomel, a rather underprivileged neighborhood of Namur. The future occupants were the team and users of a community arts centre, run by the Théâtre of Namur, previously installed in the heart of the city, and now looking forward to move to Bomel. The building is owned by the city; the arts centre was only marginally involved in the follow-up of the renovation project. As a result, there were gaps between the building and the needs it had to fulfill. The renovated 3000 square meter facility was also completely empty of any kind of furniture: storage units, tables, chairs, kitchen equipment, toilet roll holders, … Rotor’s brief was to provide equipment, but also to reflect on how the place would be used and run. Because of a tight budget, but also on explicit demand of the commissioner, we resorted a lot to re-used equipment and materials, found on site, in the commissioner’s stocks, or on the regular second hand market. But in addition, and maybe for the first time, we were able to use the full array of materials Rotor was dismantling in parallel on its deconstruction sites elsewhere in Belgium.

The resto-bar of the Abattoirs, for instance, has been furnished with elements taken from the cafeteria of the former BNP-Paribas-Fortis Bank headquarters in Brussels, a late 1970’s design of Christophe Gevers, famous for his restaurant designs. This allowed for the conservation of this unique ensemble which would otherwise have been destroyed as the former headquarters are now being demolished. All the storage cabinets of the arts centre, on the other hand, with doors in a light-colored wood veneer, come from another dismantled Brussels office building. They were carefully numbered, disassembled, loaded to a truck, and re-assembled, sometimes transformed, on-site. We also designed new gear, such as the 60 ultra-light tables of beech-rimmed sandwich panels resting on aluminum trestles meant to meet with the need for flexibility of the workshop spaces and meeting rooms. We designed them to be as easily moved and stored as possible. Most of the equipment, including the tables, was built by a Rotor team that lived and worked for two months on-site, using the artist residences of the centre to sleep, and a newly installed workshop to work. The arts centre opened its doors on October 18, 2014. A second, corrective phase of works took place in 2015.

the team of the Action culturelle of the Théâtre de Namur.

ZIP
Download images
See all the projects in
Design 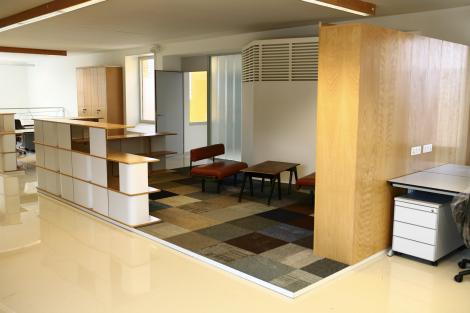 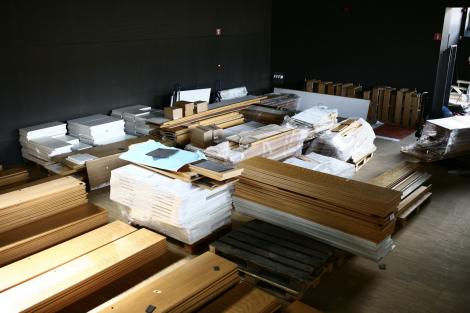 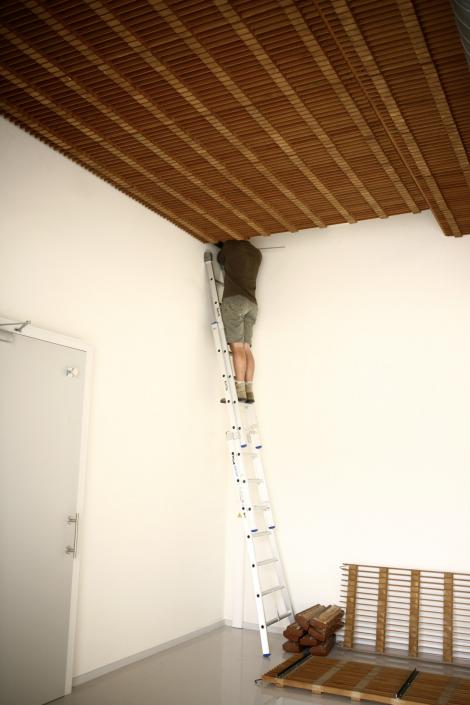 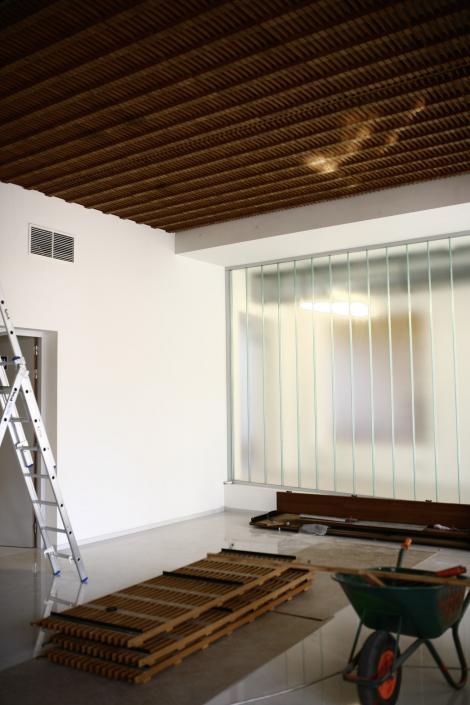 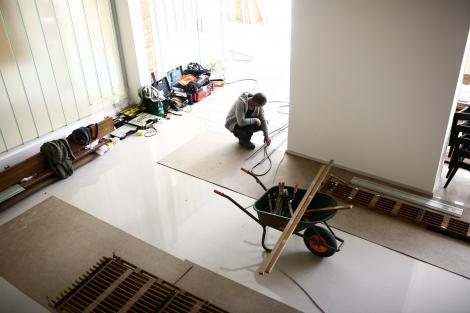 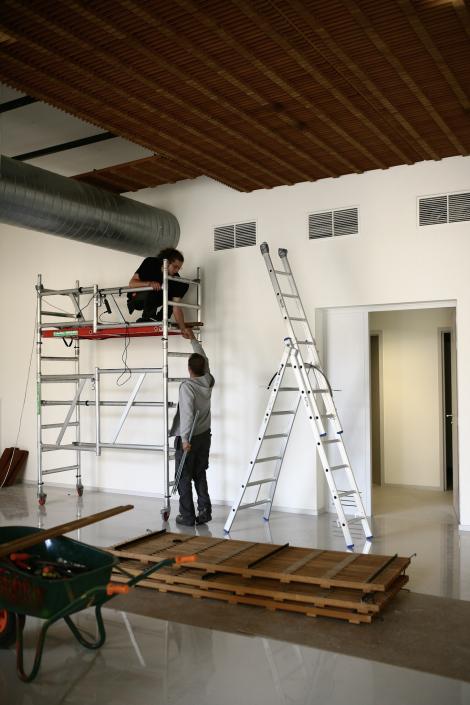 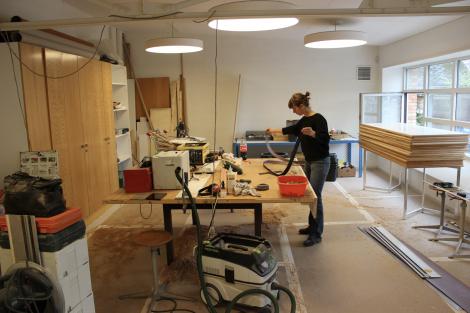 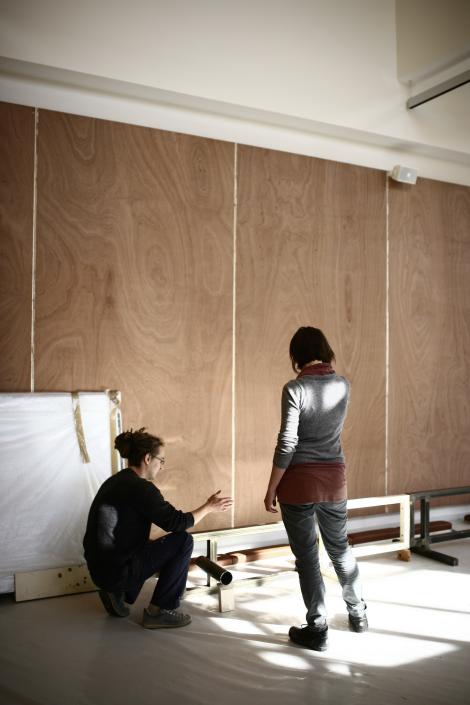 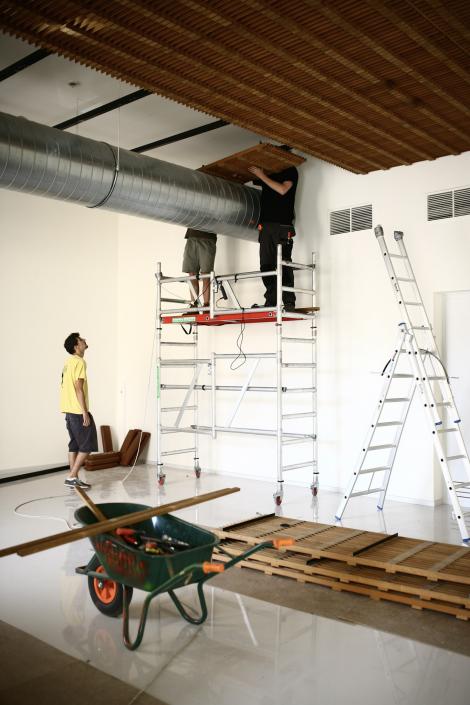 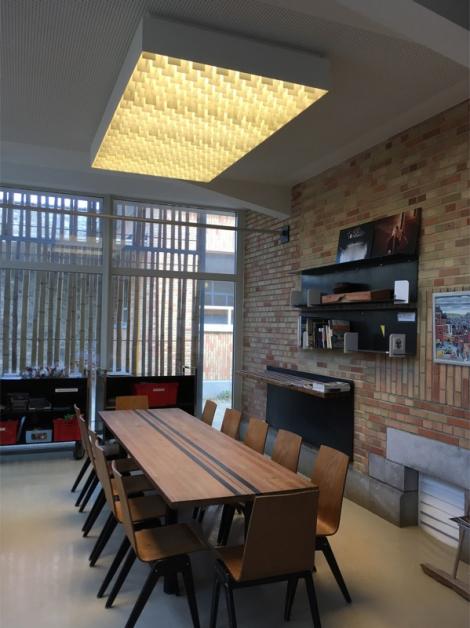 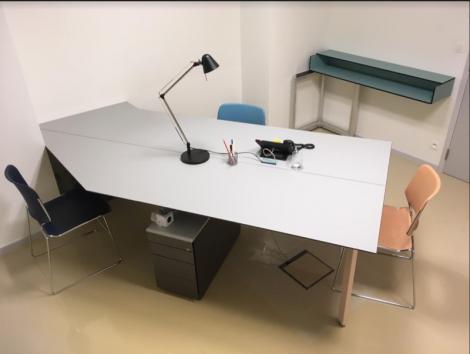 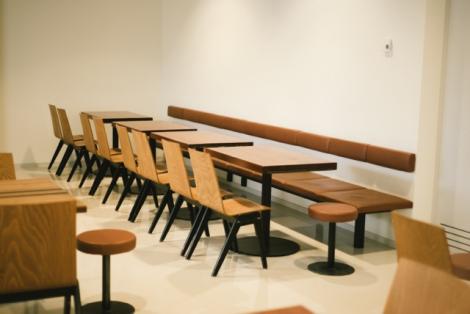 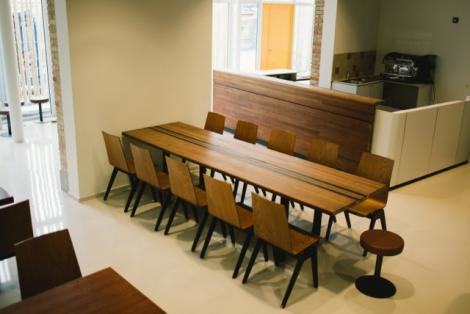 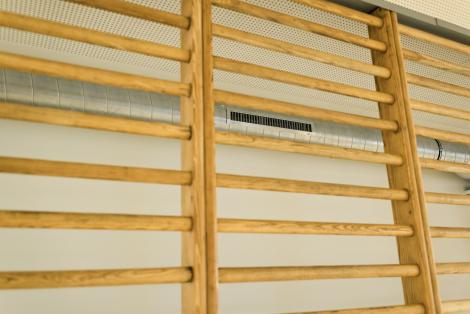 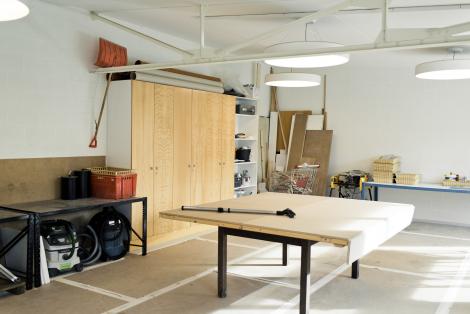 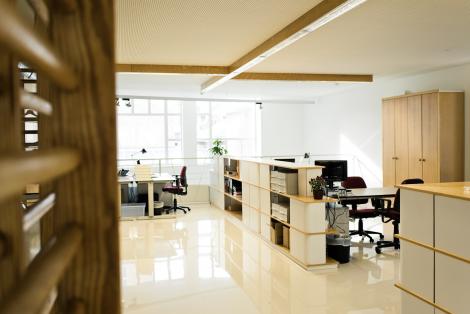 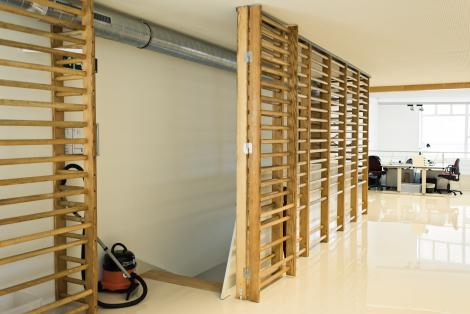 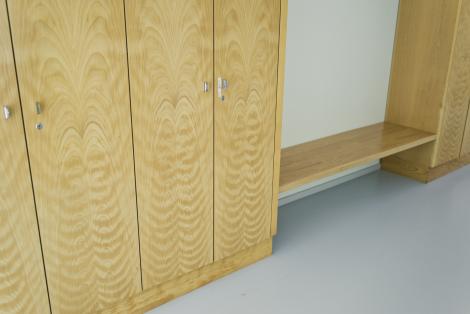 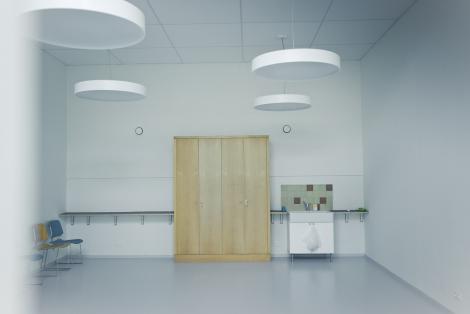 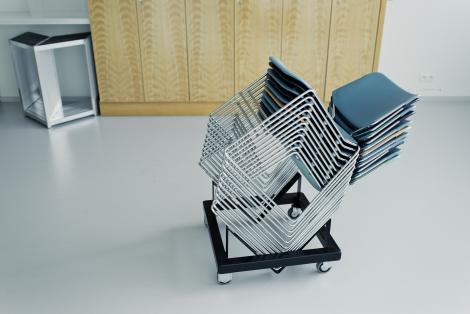 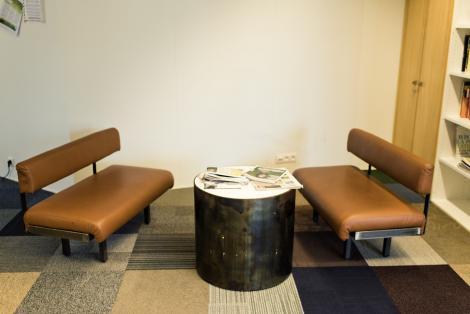 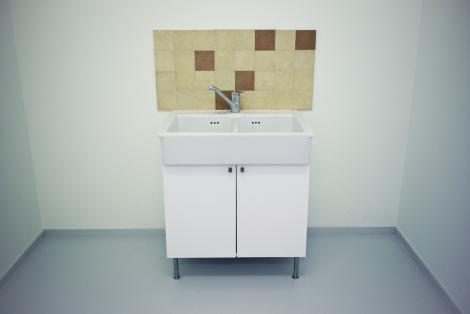 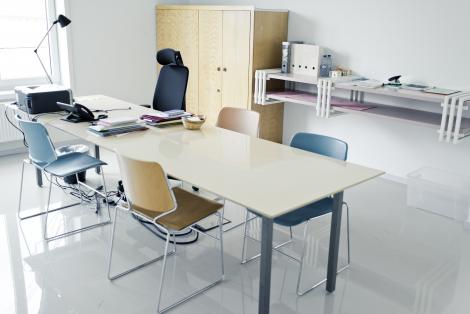 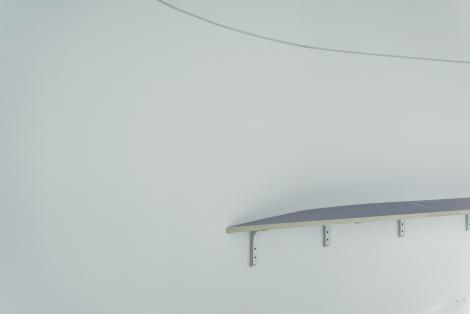 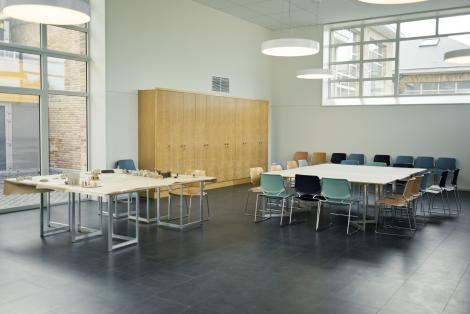 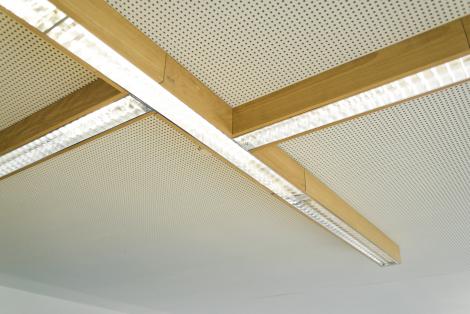 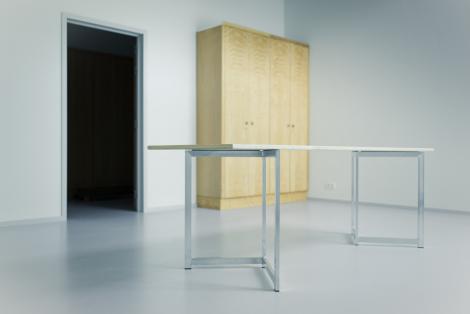